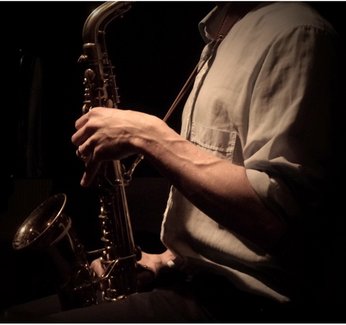 Johan Arrias is a saxophone and clarinet player active in the field of improvised, experimental and contemporary music. He works with deconstructing and fragmenting the traditional ways of playing his instrument with extended techniques and preparation, regarding sound as an autonomous matter. When composing music he moves freely from traditional to graphic notation and concepts. He organizes concerts within the series KROCH and runs the label Ausculto Fonogram. He is also a member of Fylkingen and former member of the board of FRIM. Occasionally he plays in alternative pop settings, mainly within projects of Sing a Song Fighter.